As the previous update showcased Kudan 3D-Lidar SLAM (KdLidar)※ robustness and flexibility in terms of the sensor mounting configurations, this time, Kudan Inc. (henceforth in this document as “Kudan”) is pleased to show you how Kudan can handle different types of Lidar sensors. 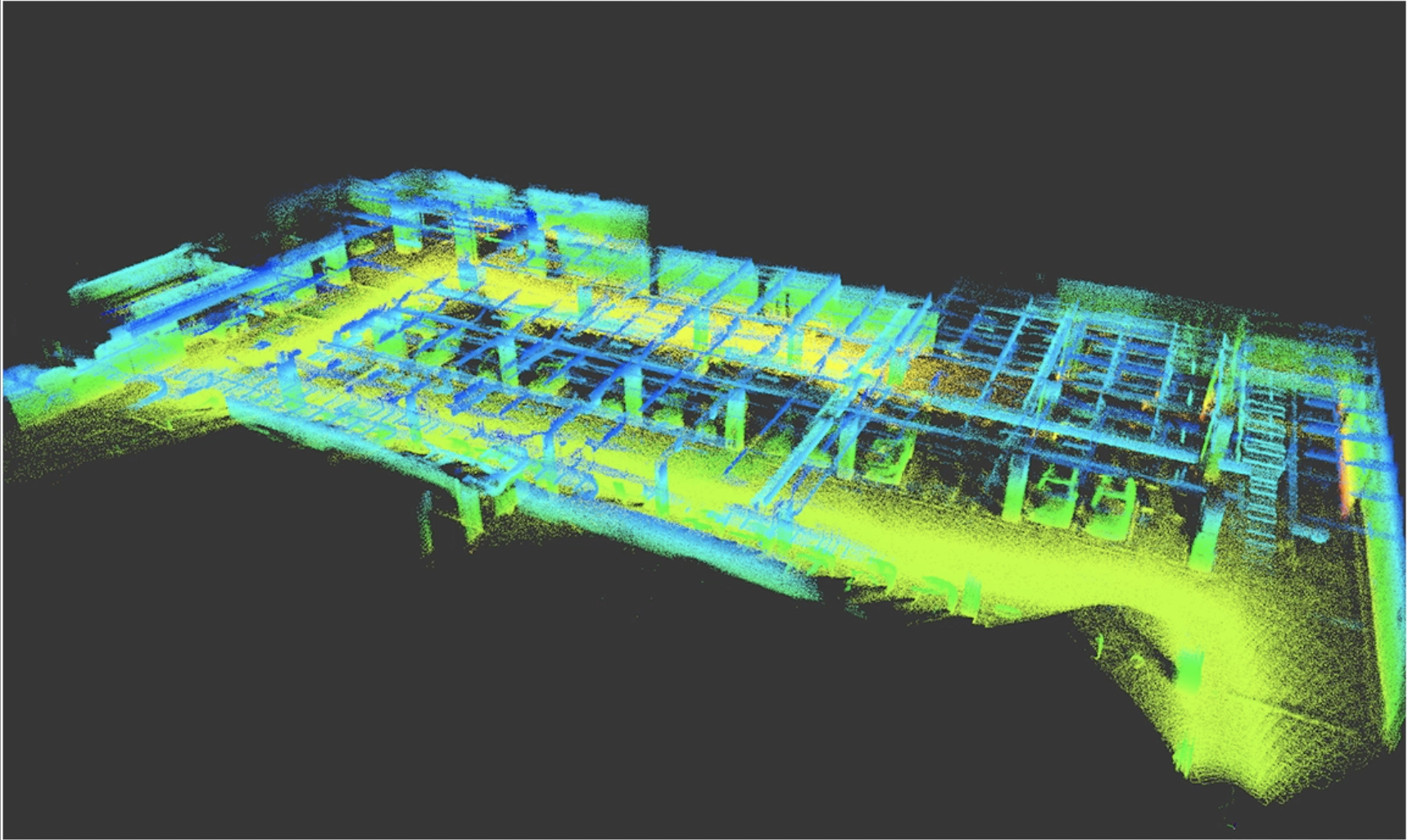 There is an increasing number of Lidar manufacturers using different methods to create their sensors, however, these differences are largely around how the laser beam is emitted and steered. For the purpose of SLAM, the following 4 features matter the most:

1. Range: The effective distance the laser can detect ranges from around 5m to more than 200m. The longer the range, the more objects the Lidar can detect. Longer ranges make the localization and mapping easier for SLAM.
2. Spatial resolution: The spatial resolution represents the density of the data points coming back, and affects how dense a point cloud can be created. The higher the resolution, the easier it is for the system to detect changes in its surrounding objects.
3. Field of view (FoV): Having a wide horizontal and vertical FoV helps with the performance of SLAM greatly, and spinning Lidars that provide a 360-degree view tends to work best.
4. Frame rate: This is the frequency at which the Lidar provides data from a complete scan. For spinning Lidars, this is the speed at which the sensor makes a complete rotation. As you can imagine, the higher the frequency, the faster the system can detect changes in the environment, or the faster a device with the Lidar can be moving.

For a human analogy, imagine a person standing in a completely dark unknown space with a flashlight blinking and covered by a black cloth with multiple holes, and needing to navigate within that space without bumping into things. The further the light can reach (range) helps with understanding the layout, especially in large spaces. The more holes it has (spatial resolution), the more details of the surroundings You can see. The wider the beam of light (FoV) from the flashlight and the faster the flashlight flashes (frame rate), the easier it is to move and navigate within that space.

A Lidar that meets all the feature requirements for SLAM would help create a robust and ideal solution. However, higher specs always come at a (significant) price so it’s not always feasible to use high spec Lidars, especially under cost-constrained applications. In this situation, the SLAM software needs to be able to complement the available Lidar hardware spec.

The video below shows KdLidar running with a Livox Horizon. The Horizon is a relatively affordable Lidar given its specs. However, the trade-off is its FoV, with an 81.7° horizontal × 25.1° vertical FoV. As you can imagine, this represents a challenge for many SLAM algorithms, however, KdLidar performs very well despite the constraints. The trajectory represents the vehicle’s movement precisely using only Lidar and without the aid of GNSS or Inertial Measurement Unit (IMU).

The demo movie regarding KdLidar running with a Livox Horizon：

KdLidar enhances the potential for each Lidar model by either providing better localization & mapping performance or enabling the use of limited but affordable Lidars. Whether you are creating a solution for robotics, autonomous mobility, or geospatial applications, KdLidar can maximize the performance of the Lidar and overall system.

※：SLAM (simultaneous localization and mapping) is a technology which allows devices to simultaneously self-locate and create maps of their surrounding environment. Kudan owns 3D-Lidar SLAM technology utilizing both cameras and 3D-Lidar sensors, and along with the widespread use of Lidar, 3D-Lidar SLAM is being well-used in areas such as autonomous driving, autonomous machines and mapping.