3D-Lidar SLAM is a very robust and versatile positioning solution for many different conditions and environments, however it really shines when it comes to GNSS-denied areas such as covered structures and urban canyons. Kudan Inc. (henceforth in this document as “Kudan”) is pleased to show you Kudan 3D-Lidar SLAM (KdLidar)※ in action for a common but challenging scenario. 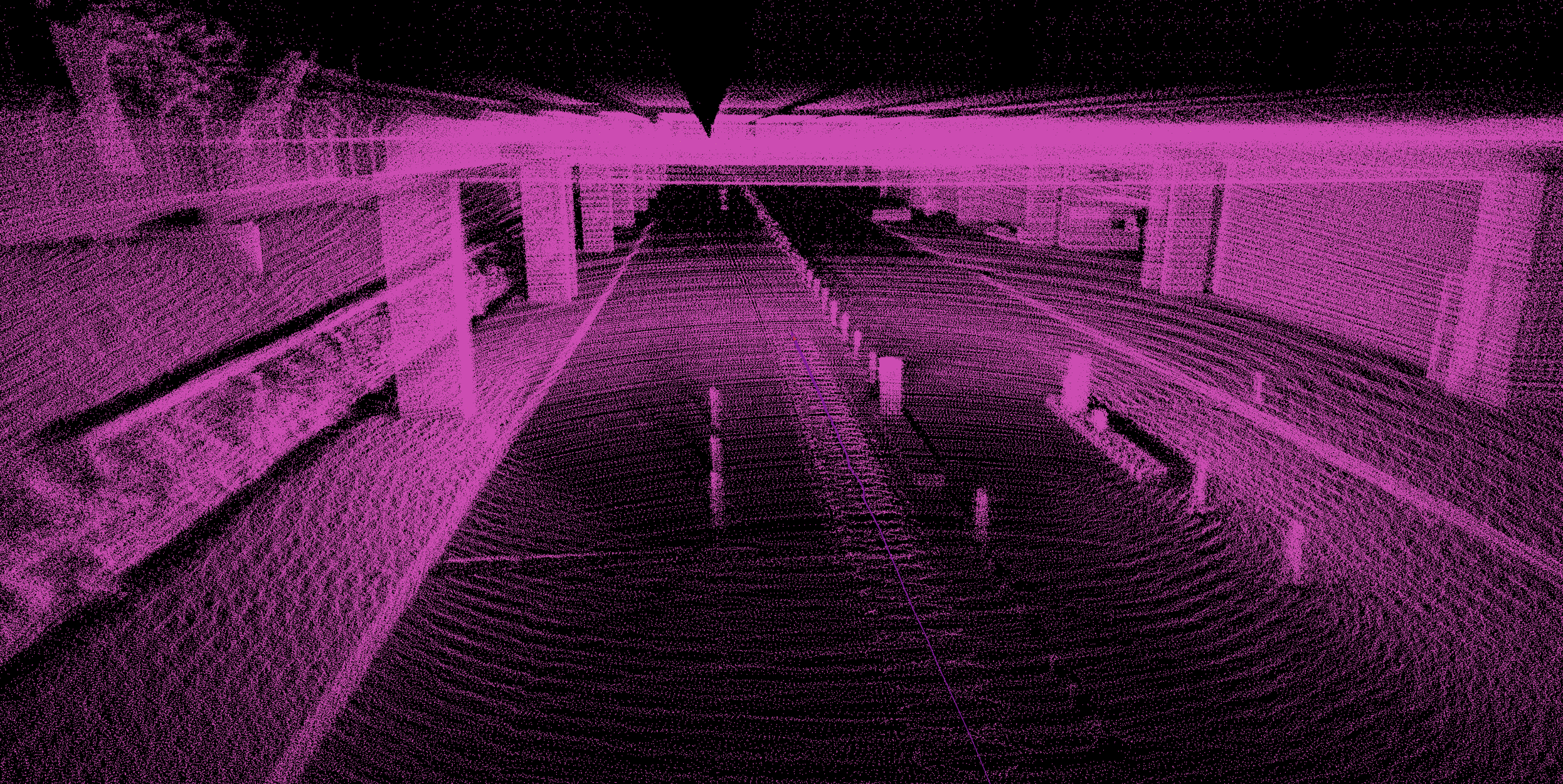 For many outdoor applications, GNSS and INS (Inertial Navigation System using GNSS and Inertial measurement unit) are the 2 dominant positioning approaches. However, there are many situations where signals used by these sensors are not available or don’t provide accurate enough positioning information, such as dense urban canyons, under bridges and completely covered indoor spaces. In these situations, Kudan needs to rely on other positioning systems to maintain sufficient accuracy.

SLAM doesn’t require any infrastructure, has extendability to fuse other sensors in these situations. Since 3D-Lidars can provide accurate depth information of the space and aren’t greatly affected by lighting and ambient conditions, Lidar SLAM can add a lot of value in these situations. With the increase in automation and continued reduction in 3D-Lidar prices, 3D-Lidar SLAM can provide a good return-on-investment (ROI).

KdLidar: Accurate localization in a roofed area without any loop closure

The video below shows KdLidar running with an Ouster OS1-64. The data was collected at José María Córdova International Airport by Dymaxion, a mapping solution provider and Ouster distributor in South America. The video shows a 1.7km stretch of an urban highway with the last 500m going through a GNSS-denied underpass with speed bumps and all.

While KdLidar can fuse data from other sensors such as GNSS or IMU, for this demonstration, Kudan has relied purely on the Lidar sensor data. As you can see the trajectory is quite smooth throughout the route, also accurately replicating the vehicle’s motion on speed bumps in the underpass.

While applications in robotics and geospatial sectors benefit from KdLidar’s performance, its capabilities align to meet the challenges and needs of the infrastructure inspection market.

Gustavo Guevara, CEO at Dymaxion S.A.S., says, “We see a strong demand for 3D-Lidar SLAM in the infrastructure inspection related areas in South America. For example, one project to be launched soon requires the mapping of 24,000-km of road for electrical wire and pole inspection. Its costs would be significantly higher if we deploy high-end INS and mobile mapping systems without 3D-Lidar SLAM. We see a lot of potential for more of these large-scale projects in the future due to aging infrastructure. Kudan’s Lidar SLAM has shown better performance compared to other Lidar SLAM we tested.”

The infrastructure inspection and maintenance market is significant standing at over $45B USD annually in Japan, and continues to grow at a healthy pace※2. As a key area of the focus, Kudan is continuing its great efforts with KdLidar to meet the increasing needs and requirements of this market.

※1 SLAM (simultaneous localization and mapping) is a technology which allows devices to simultaneously self-locate and create maps of their surrounding environment. Kudan owns 3D-Lidar SLAM technology utilizing both cameras and 3D-Lidar sensors, and along with the widespread use of Lidar, 3D-Lidar SLAM is being well-used in areas such as autonomous driving, autonomous machines and mapping.