How to Calibrate a Camera for Visual SLAM (1 of 2)

How to Calibrate a Camera for Visual SLAM

Visual SLAM is an algorithm for a moving rigid body with a camera that estimates its motion and builds a model of its surrounding environment. Visual SLAM technology is crucial in various use-cases such as autonomous driving, autonomous mobile robots, drones, augmented reality, and virtual reality.

Once you decide you’ll be using Visual SLAM for a use case, you need to look for specific characteristics in the camera. We’ll leave the link to an in-depth article we wrote earlier, cracking down on each characteristic at the end.

However, it’s easier said than done, calibration is a complex process, and various steps must be followed to calibrate a camera accurately.

In this two-part article series, first, we will introduce the entire process in a step-by-step fashion and then dive into the exact details, walking you through in-depth information in the next article.

To understand our camera calibration process, we must first go over the properties of a camera.

Camera properties can be classified into two classes: 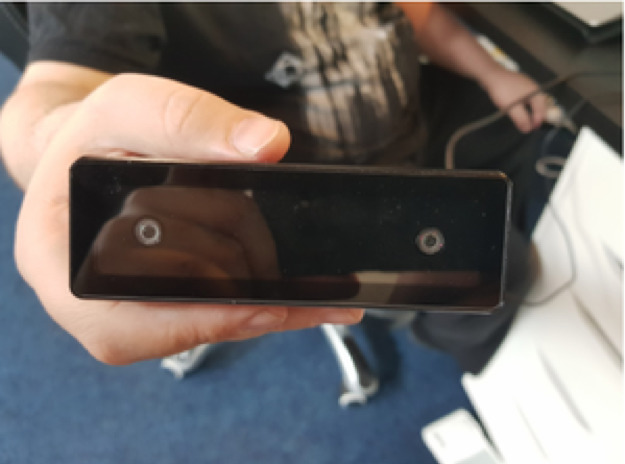 The calibration process: A 4-step approach

Now that we have a better understanding of the camera properties, we can define camera calibration as the process we follow to determine the intrinsic and extrinsic parameters of the cameras [2].

Not all the parameters can be measured by physically analyzing the camera, especially intrinsic parameters such as distortion. Software libraries are generally used to estimate the parameters, taking the video feed as input.

This is a standard practice in the computer vision industry, and we have left recommendations on software libraries that can be used to calibrate the camera at the end of the article.

So, thanks to software libraries, let us simplify the calibration process into four steps.

The steps above would give you an overall idea of the entire approach. However, we want to provide you with all the details you’d require when you’re about to calibrate.

Preparation for the calibration sequence recording

An accurate calibration starts before the process itself — during the preparation phase. Let’s take a step back and understand what steps you need to perform as preparation.

Further exact-walkthrough on the steps during the calibration will be covered in the second part of the series.

The parameters to look for post-calibration

Once the calibration process is finished, we have the following intrinsic parameters:

We know that focal length is proportional to both the field of view and the width of the images. Usually, vertical and horizontal values should be similar, and in the stereo case the values between the cameras should also be close. The principal point should be around the center of the image.

Unfortunately, judging distortion parameters by looking at them is impossible because they are factors and ratios in complicated formulas.

We will have additional extrinsic parameters as follows in a stereo setup [2] but we will focus on the single-camera setup for now:

Aside from the ballpark considerations mentioned above, evaluating calibration quality through the numbers is challenging. Two distinct observations can be made on images after undistortion and rectification are applied:

Figure 4: Good rectified image (lines are straight and each cell is placed at same height on the left image and the right one)

Visual inspection can evaluate the conditions above in the captured images. However, measures should be repeated at different points of the images, possibly looking at different distances from the cameras.

In this article, we introduced the camera properties and understand the 4-step calibration process using software libraries, how we should prepare for the calibration and some post-calibration considerations.

Here, you can read more about choosing the best camera for your Visual SLAM use case.

If you’ve got more questions on your specific use cases, please feel free to reach out to us, and meanwhile, keep an eye on this space for the follow-up article on camera calibration.